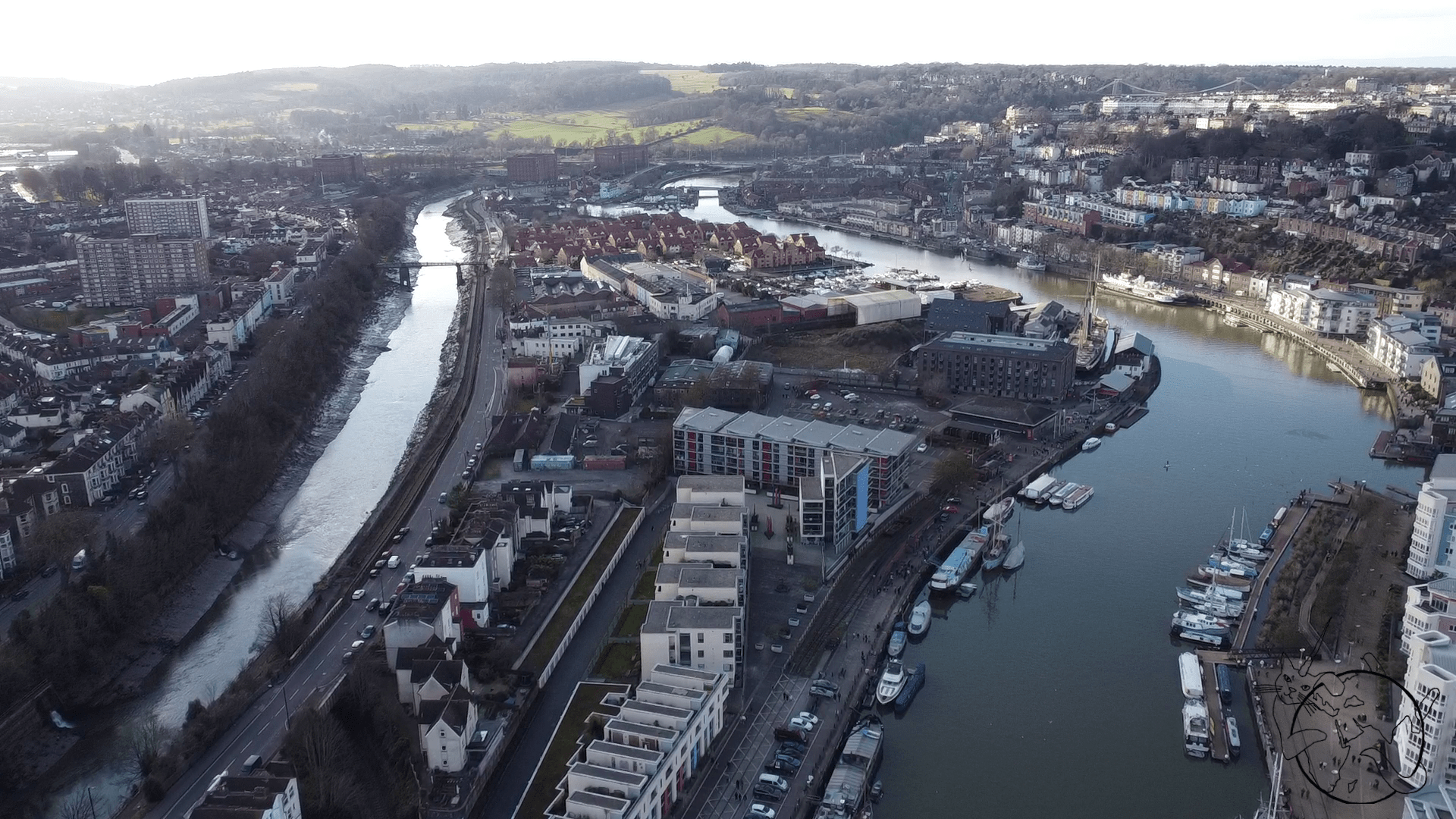 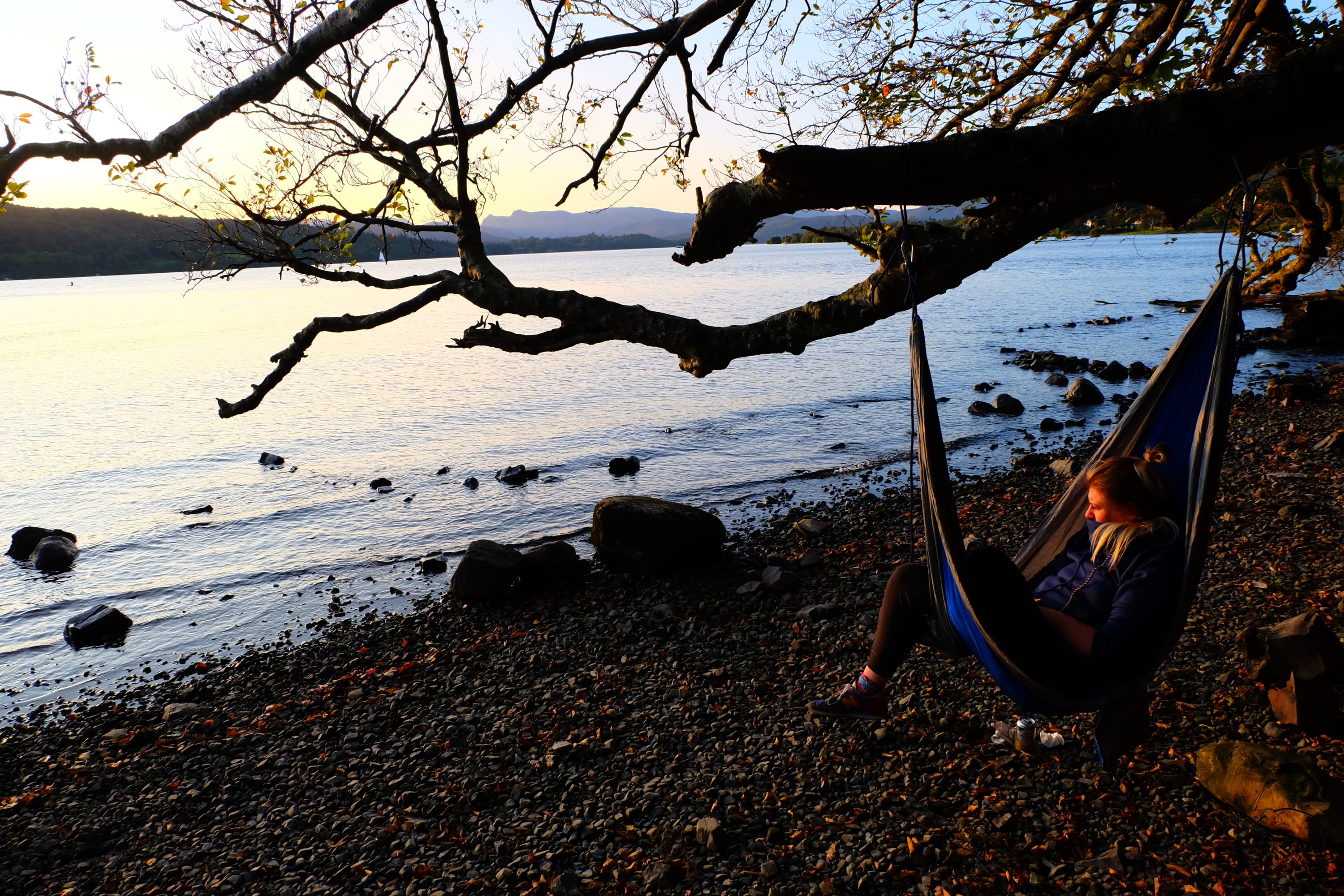 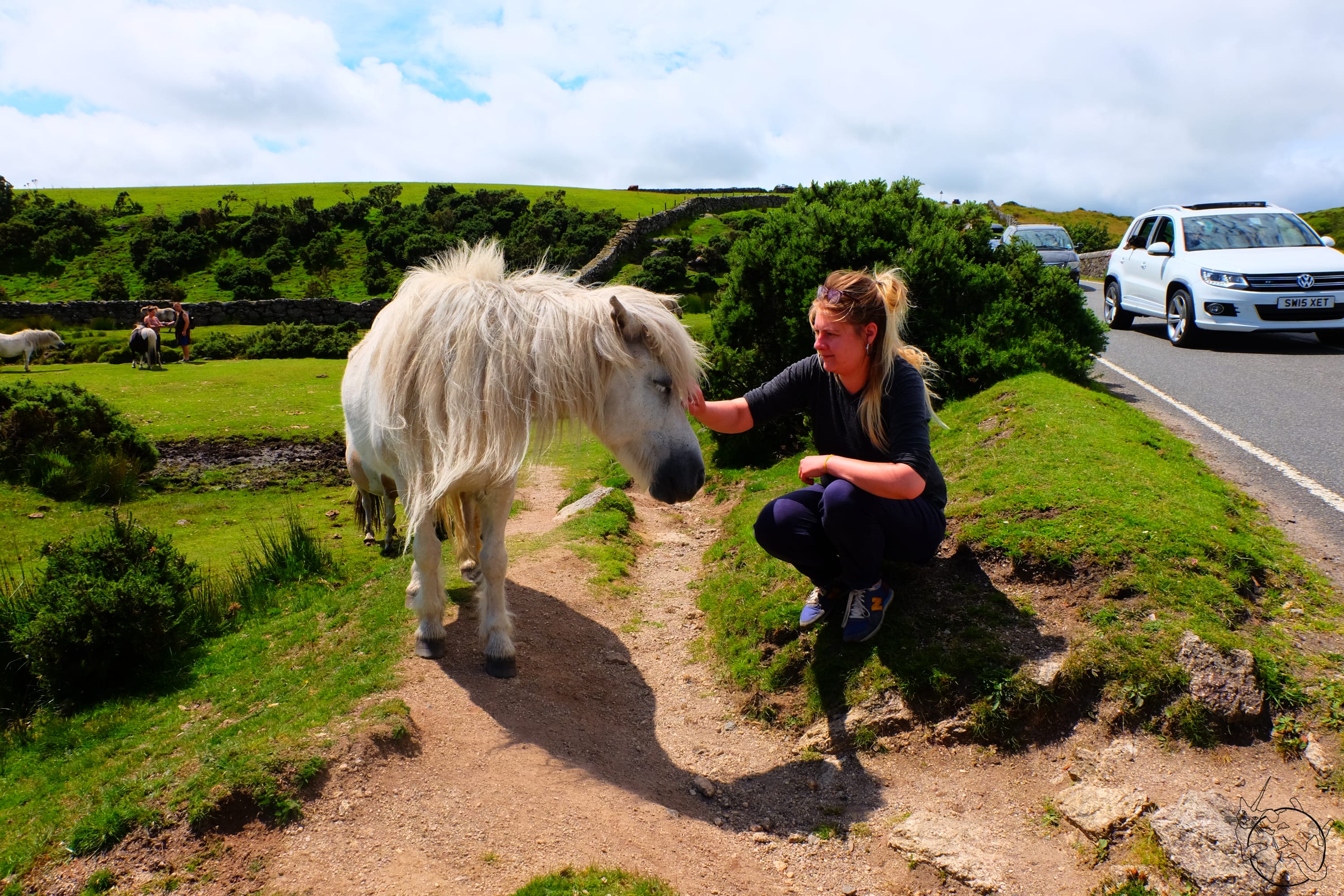 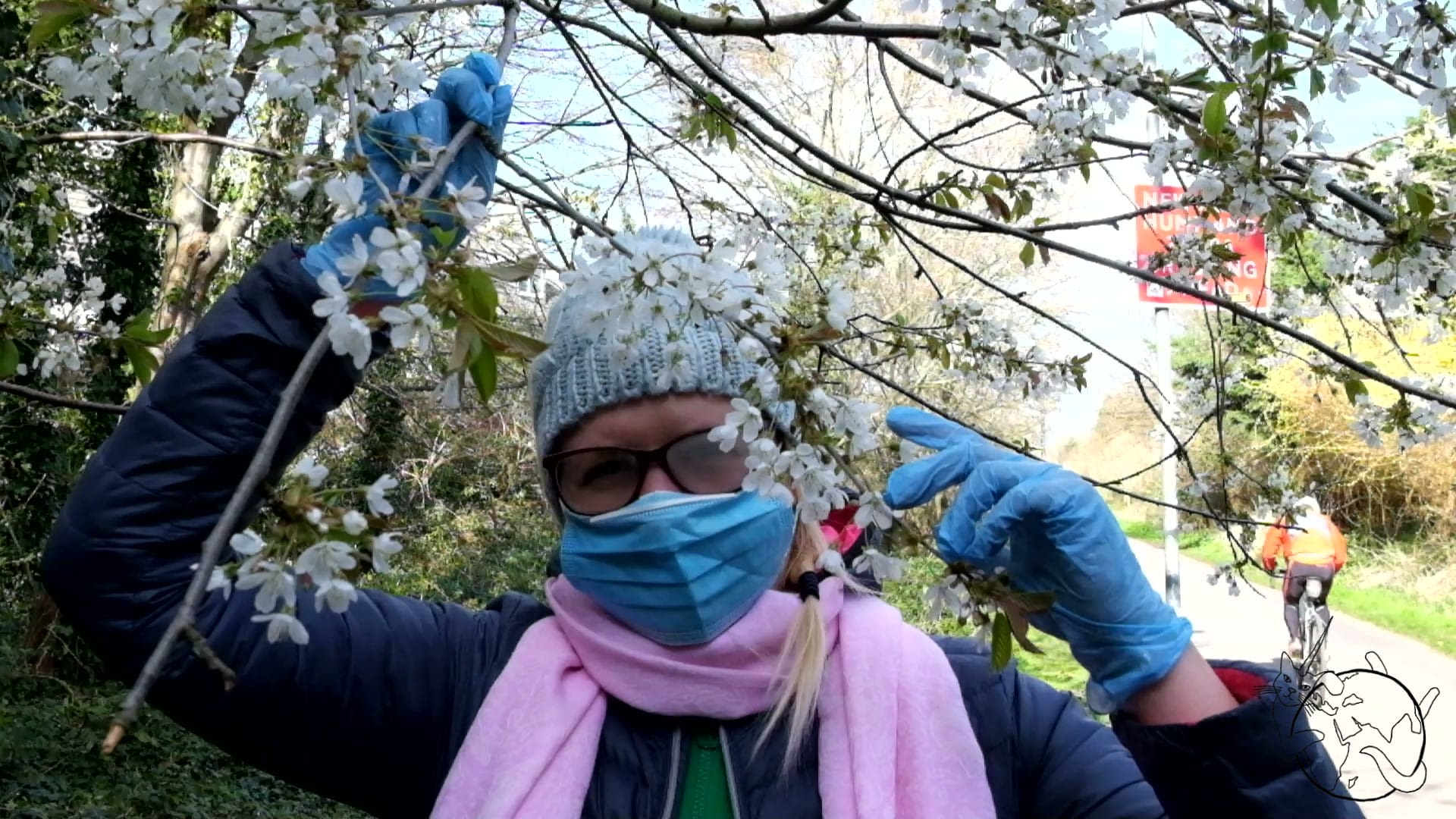 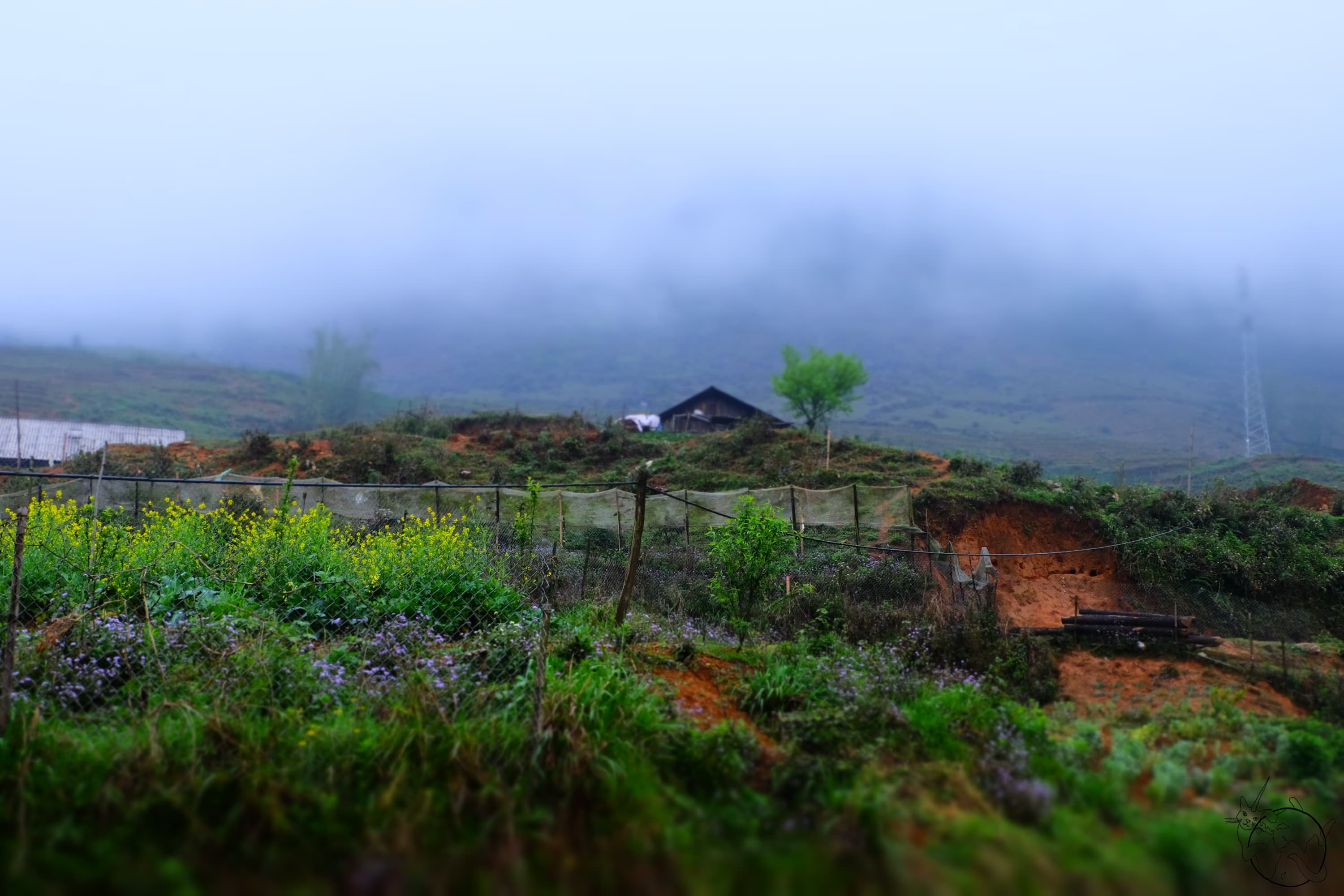 Again Kitty R. and Sir Last travel by vietnamese night train, in which the compartments are made entirely of varnished dark wood, on the table there is a jug with freshly plucked flowers, and blue bathroom flip-flops lie scattered on the floor. The compartment is for 4 people, so Kitty R. and Sir Last are accompanied by two young American women who teach English in one of the Thai schools in the countryside.

These kids are fighting constantly, one of them has his face covered with blood, I cry and run to a Thai teacher for help, as they do not listen to me

I do not care anymore. I tell the student: do as you like, sometimes I show him ‘jokingly’ the middle finger

Students often come stoned or drunk to my class

After a few months, I started to like this work. Now I know I’m not teaching, but having fun …

In the compartment Kitty R. smells a strongwoman in a modern edition*. Students drink and use drugs, because the village doesn’t give them a positive alternative; children are looked after by grandparents who represent a completely different upbringing and traditions and do not keep up with the young spirit, while the parents have gone to the cities to earn money. A young western teacher with his ideas based on a combination of adventure and helping in a poor village, burns out very quickly. What’s more, there is no proper support from school authorities, and children simply do not have the motivation to learn. For this reason, often foreign teachers choose to work in private schools, in larger cities, where the motivation of students is supposedly a bit better.

In the darkness of the train compartment Kitty R. thinks about young Thai people, tries to catch their perspective on education and automatically she looks for solutions. Unfortunately, they do not come easily, because at this stage they are only and exclusively guesses; she lacks a deeper knowledge of the real needs of young students (after all, it’s not about learning English, is it?). Robust rocking of the train (does it surely glide along the tracks?) ultimately puts Kitty R. to sleep.

At dawn, they are awakened by a cheerful Vietnamese song echoing from all speakers along with the shout of “Hanoi! Hanoi!”. Here they came.

Once they get through the pushing wall of drivers waiting for arrivals at the train station (“Madame! Moto!”, “Madame, taxi!”,’’Sir, taxi’’) Kitty R. and Sir Last sit down at a nearby cafe and look around. A neat and clean city appeared to their eyes. A city in which expensive cars are an extremely frequent view, and passers-by are so elegantly dressed that Kitty’s tracksuit looks particularly dirty and sad (and even more miserable with the background of elegant, colonial buildings that are the location of brands such as Prada or Dior). Fortunately that day, Kitty R. and Sir Last also discover the other face of the Hanoi, where tea is drunk on the streets, and the pubs serve beer for free (yes, for free, without a hidden hook and bottled!). Right next to the narrow tracks, cutting through the city between the buildings within arms reach, Kitty R. and Sir Last sit in an expat’s tiny bar. There, they were taken by a flow of local rice wine, whose greatest value is a diverse offer (from wine of geckos, through to wines made of snakes and silkworms to exceptionally ordinary herbal wines). And all this happens thanks to a meeting with a local English teacher, J. with whom Kitty R. and Sir Last meet at the Lenin monument (specifically at his marble feet) in the center of Hanoi. J. turned out to be a wonderful figure, with whom the dialogue and time spent was a pure pleasure, that ended with equally good wine-self-pickling (Kitty R. and Sir Last were returning home with a snaky movement, that is from one side to another if you know what she means). Overall: lush!

After a day in Hanoi and an unsuccessful attempt to buy a tent, Kitty R. and Sir Last again get on a night train, the luxury of which knocks down Kitty R. (not only freshly picked flowers on the table, but also a basket of goodies, ie peanuts and bananas). This way Kitty R. and Sir Last reach Lao Cai, where, after a particular haggling with carriers, they are finally and fairly enough transported by bus to Sa Pa. The town is located at an altitude of 1500m above sea level, that means in the mountains, which they must somehow believe by word, as everything is bathed in milky fog, no chance for a view more than a few meters ahead. That day, they do not even visit Sa Pa town itself, because they are not interested in shopping and burgers even in the Vietnamese edition. Instead, they quickly run to the outskirts of the town to get away from there, winding down through the mountains and valleys to a small village. By walking.

It is there where they find peace and a real homey athmosphere. It is there, where they remind themselves about the warmth of a thick blanket and the lack of access to running water or the possibility of eating on demand. The area reveals itself in a very fragmentary way; the fog disappears somewhere giving them just for a while a piece of the view, and soon after it envelops everything completely again. The children are hounding around the house screaming, shooting from a slingshot and repairing only their known treasures (for adults probably garbage). Despite the cold, almost all of them are barefoot, or in the flip-flops, and so, in a various aged group they briskly burrow in the muds of the rice fields (oh wait, pretty happy childhood without smartphone?!). And when the rain falls Kitty R. and Sir Last do not go out for a walk (by some called trekking), and children do not go to school (instead they gather in front of the only telly in the neighborhood).

Kitty R. and Sir Last quickly began to be treated here as household members. After a few hours, Sir Last draws a dragon for the nephew of the hostess, whom he didn’t even know; the boy lives in a different city and he is sad because of his grandmother’s illness. Kitty R. discovers the flavors of tea brewed on the basis of backyard flowers, herbs and dried oranges. With the support of An, a Vietnamese hostess, Kitty R. and Sir Last buy local trekking shoes (wellies in frogs and lotuses pattern) in the nearby village, which allows them to explore the rainy area. When the fog disappears for a few hours, their eyes reveal countless layers of mountains and valleys, covered with terraces of rice fields and here and there rocks. Spring and winter colors carry green grass and brown earth, interspersed with accents of yellow rape or violet of another flower. And all this is covered with white and gray mists. Kitty R. and Sir Last explore the surroundings walking up and down, admiring the beautiful mountain massifs, but at the same time avoid attractions such as the village, to which you have to pay the admission fee, and then the whole attraction consists of walking among houses turned into shops for tourists (seriously?! Pay for shopping?). They also don’t take the offer of lovely ladies, who wander around everywhere in the region, wearing the traditional costumes (beautiful!) of the ethnic group Hmong (they refuse all of their offers only because they really don’t need their guidance or a colourful purse or a bracelet to be more happy). Kitty R. and Sir Last make friends with the hosts so much that in the following days they support each other, share meals and even visit the neighbouring villages together.

Kitty R. felt very happy, because the backpacker’s spider web diffused in the fog and there was left only a choice of one, pleasantly empty road and an amazing pace of village life.

* Kitty R. refers here to a story written by polish writer Żeromski, published in 1895, story about teacher coming to a small village; it touches the subject of the heroic attitude of fidelity to once recognized values, the teacher devotes herself to bring education to rural people, gives up personal life, happiness, love, home.

PS.1 When walking around this region, tourists and travellers easily observe there it’s not much forest around. Thus it’s common to meet local people caring wood in baskets on their backs (or on motorbikes if they have one) from far away; they use the wood mainly for cooking the family dinners or to build a house. Thus, taking the wood that is such a precious good here, without asking anyone, to have a bonfire party all night, even with the best travel mates ever, is… well, far from responsible travelling (greetings to this whole bunch of ignorant-travellers that burnt the wood collected by Vietnamese mountain family what made them pretty surprised the next day when the travellers left the place).

PS.2 Kitty R. got so excited about the region, that she made a short movie (watch with sound on). It’s her first attempt so please do comment what you think. 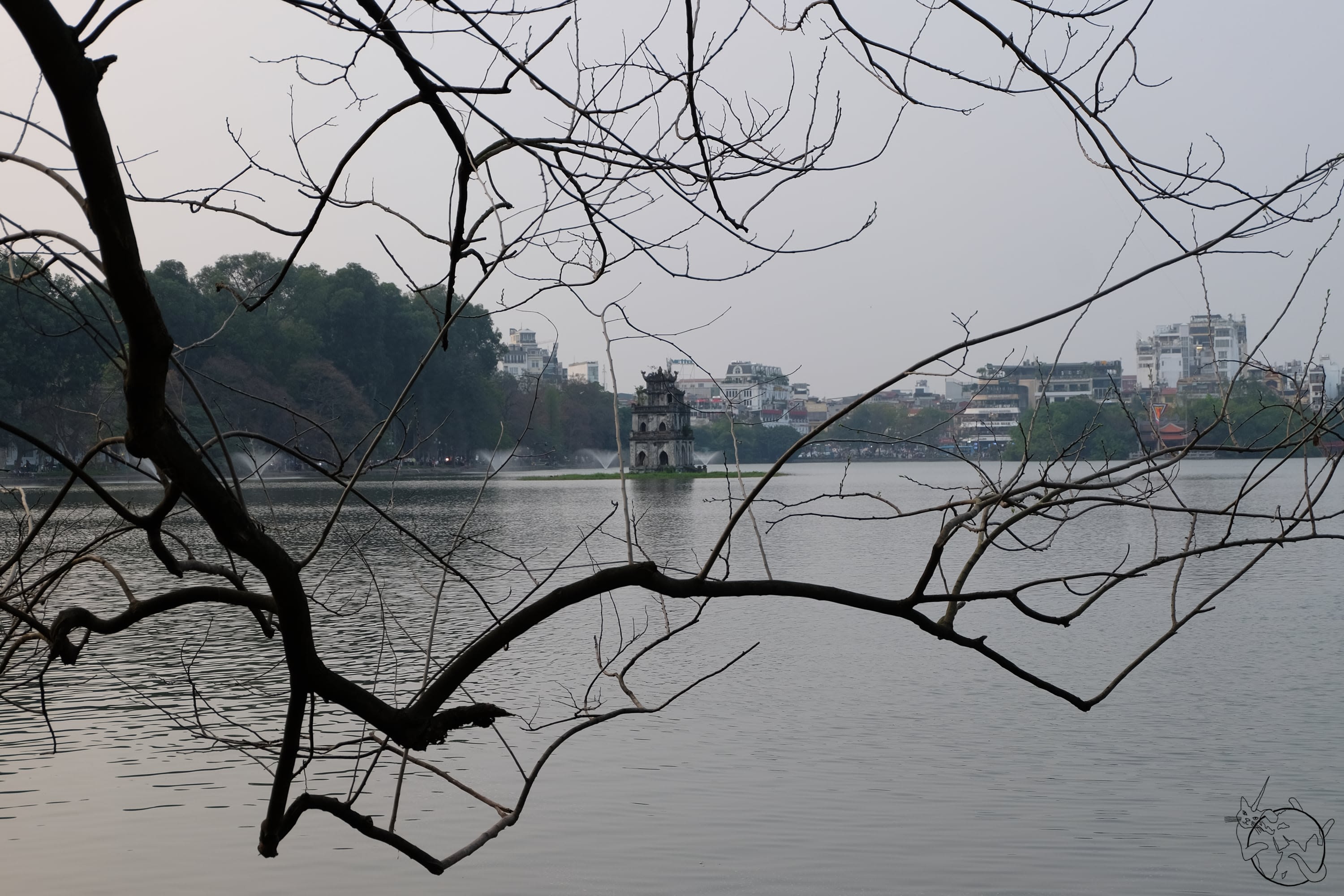 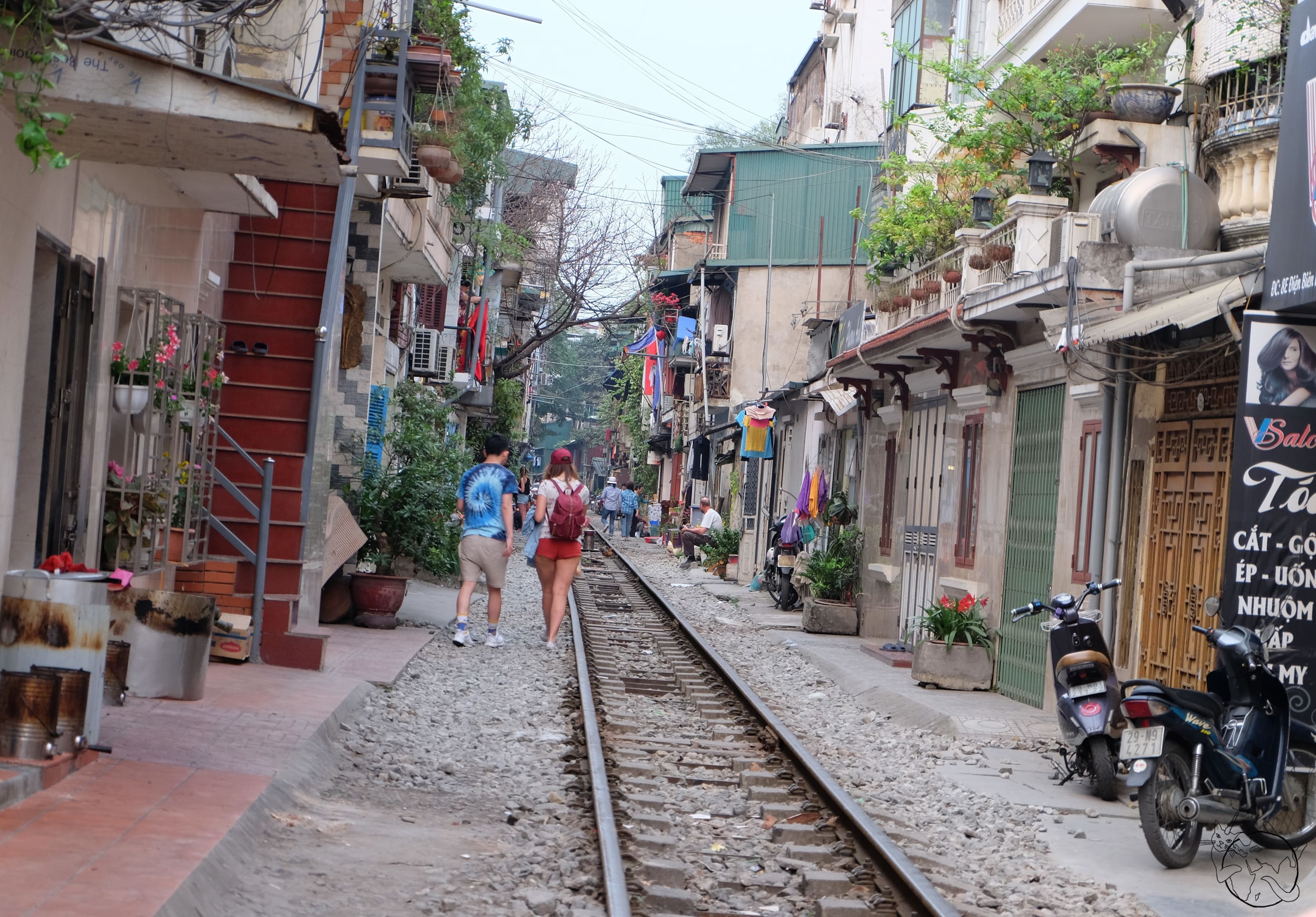 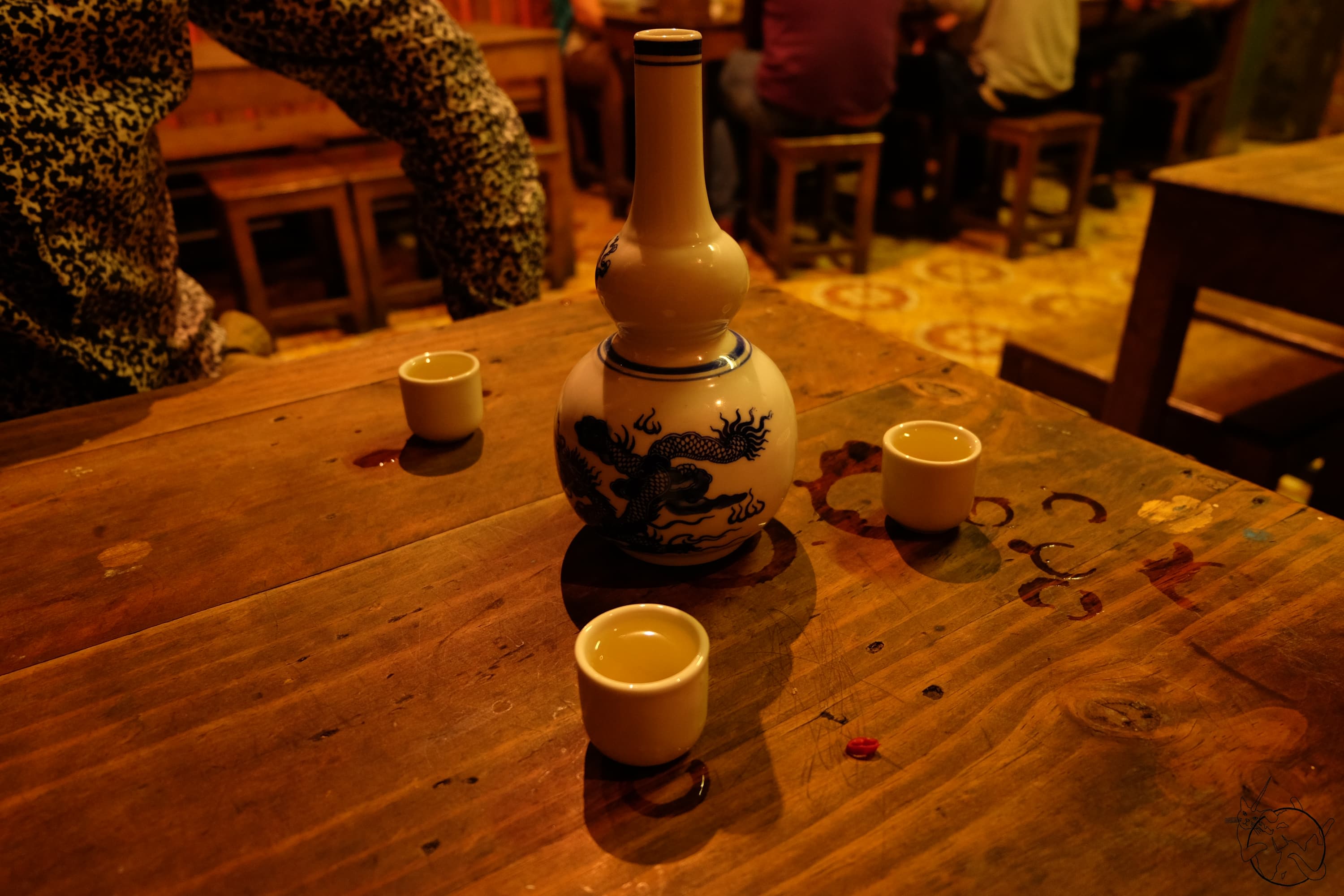 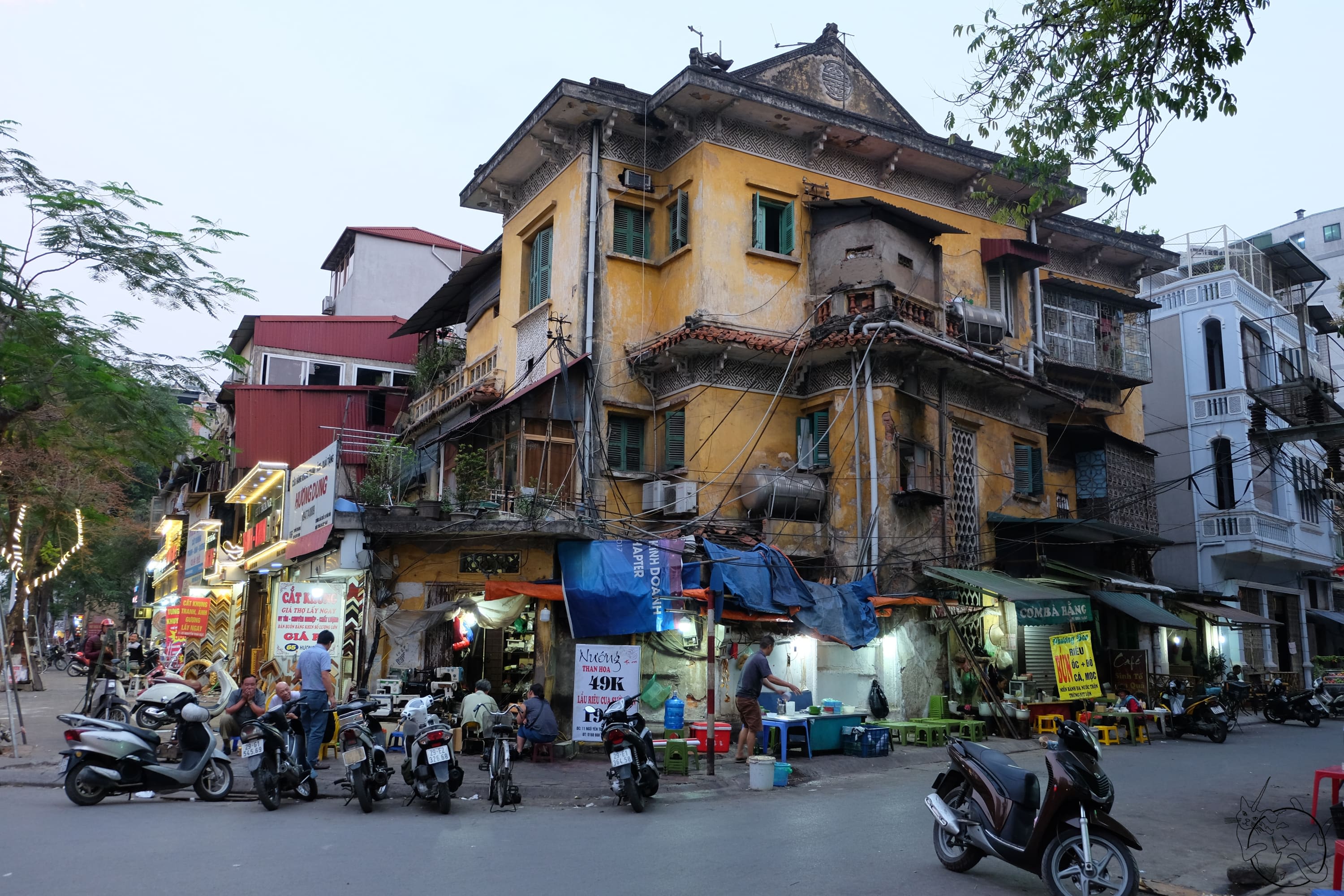 Hanoi, the best street bbq ever! 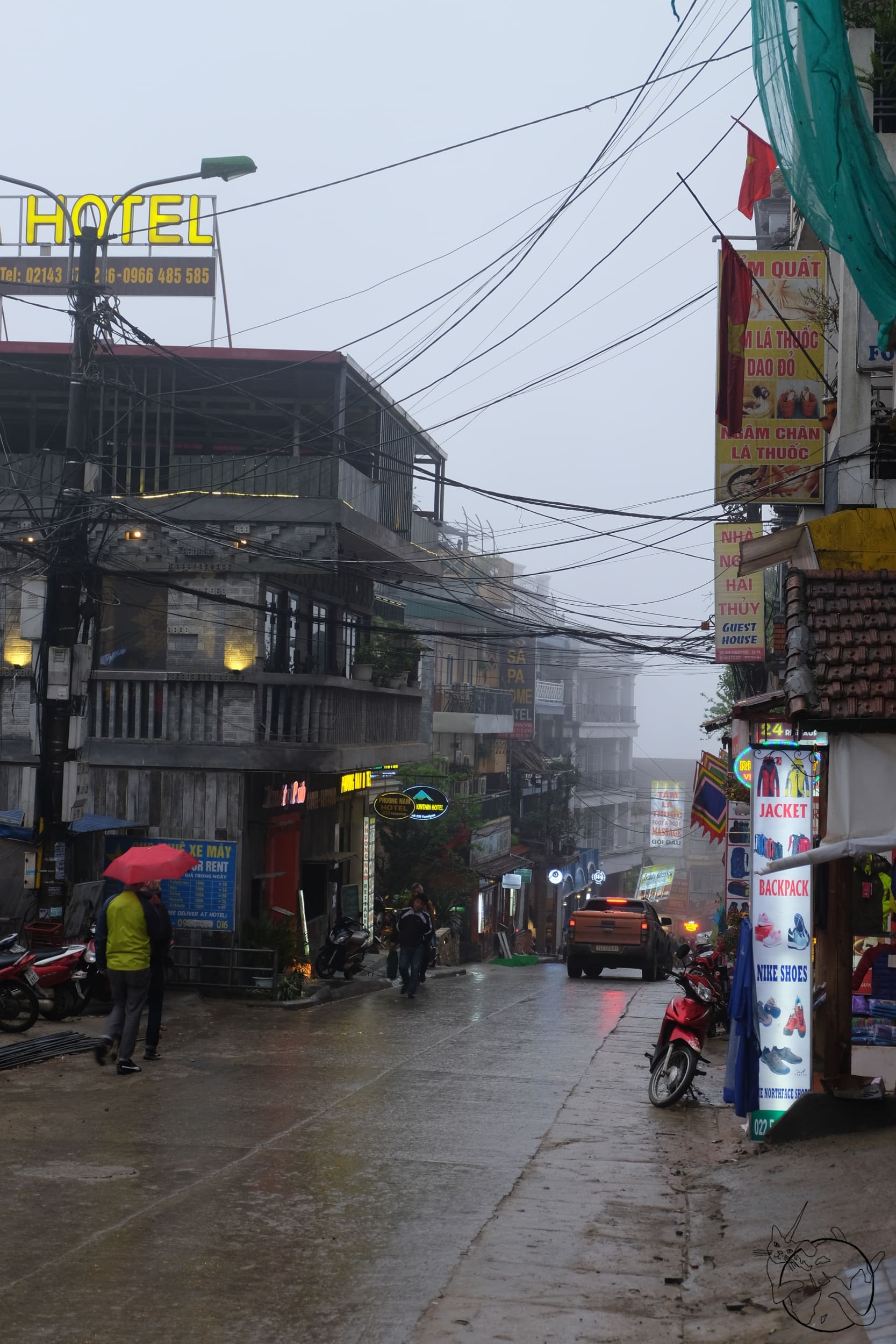 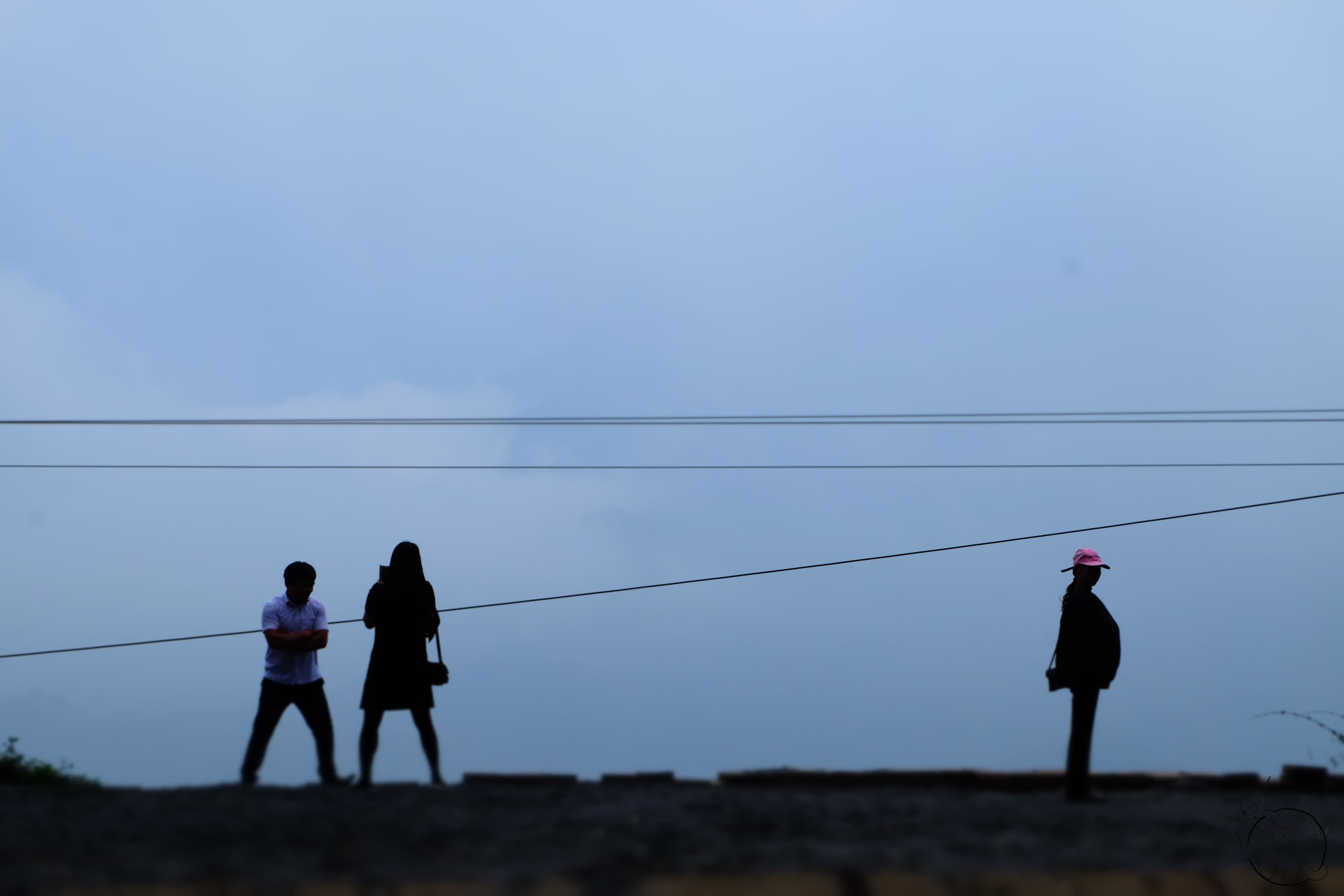 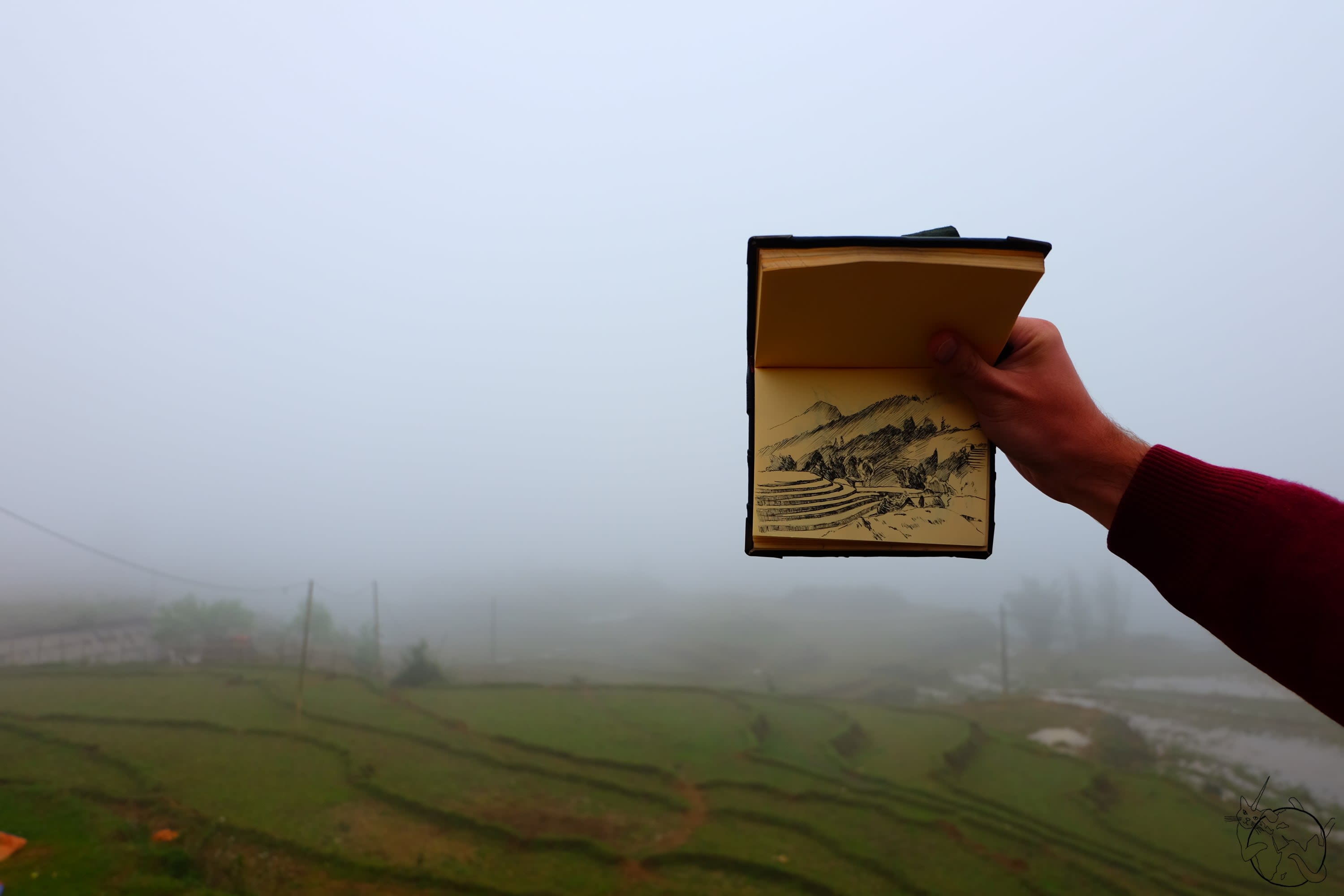 Fog and No Fog in one picture. 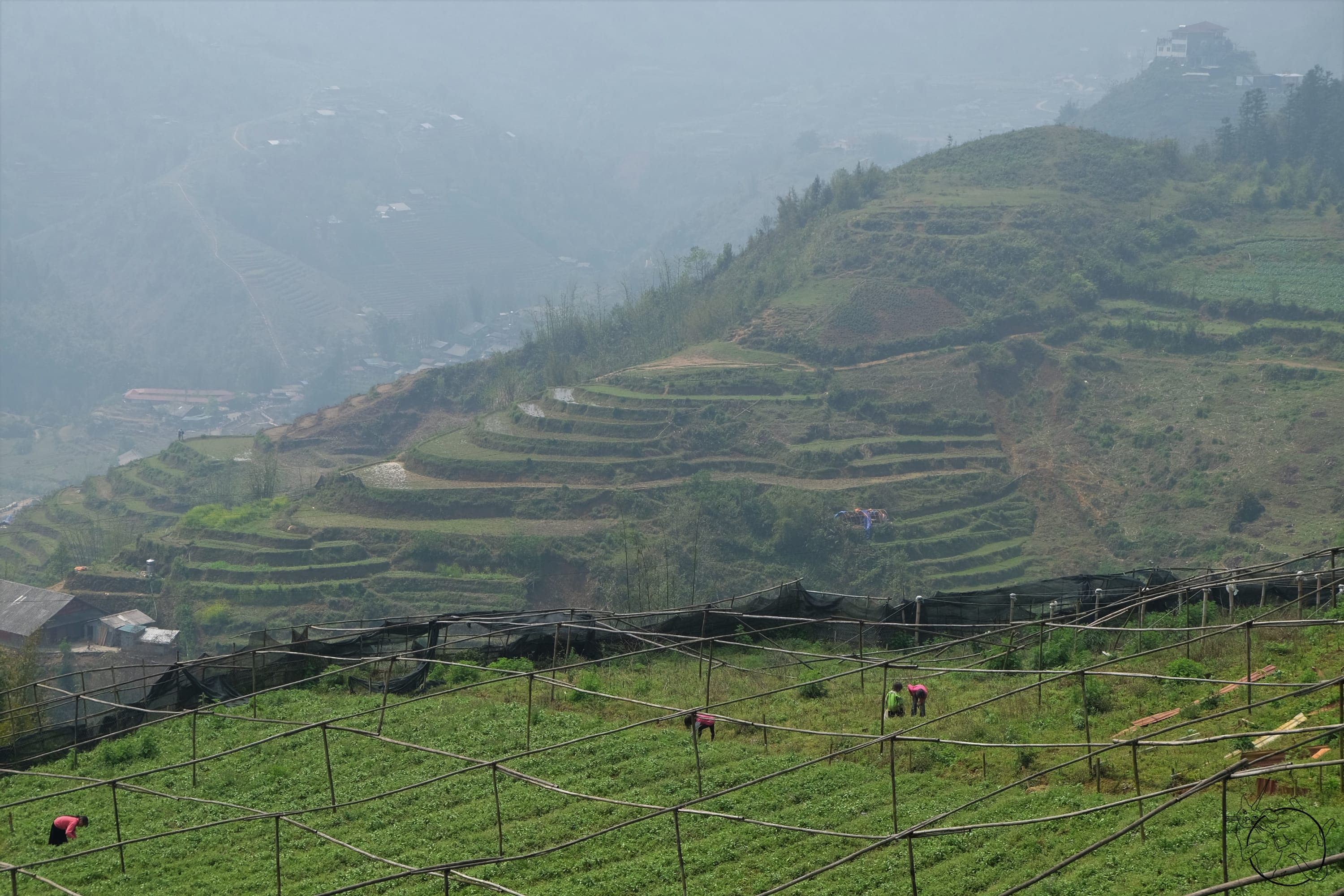 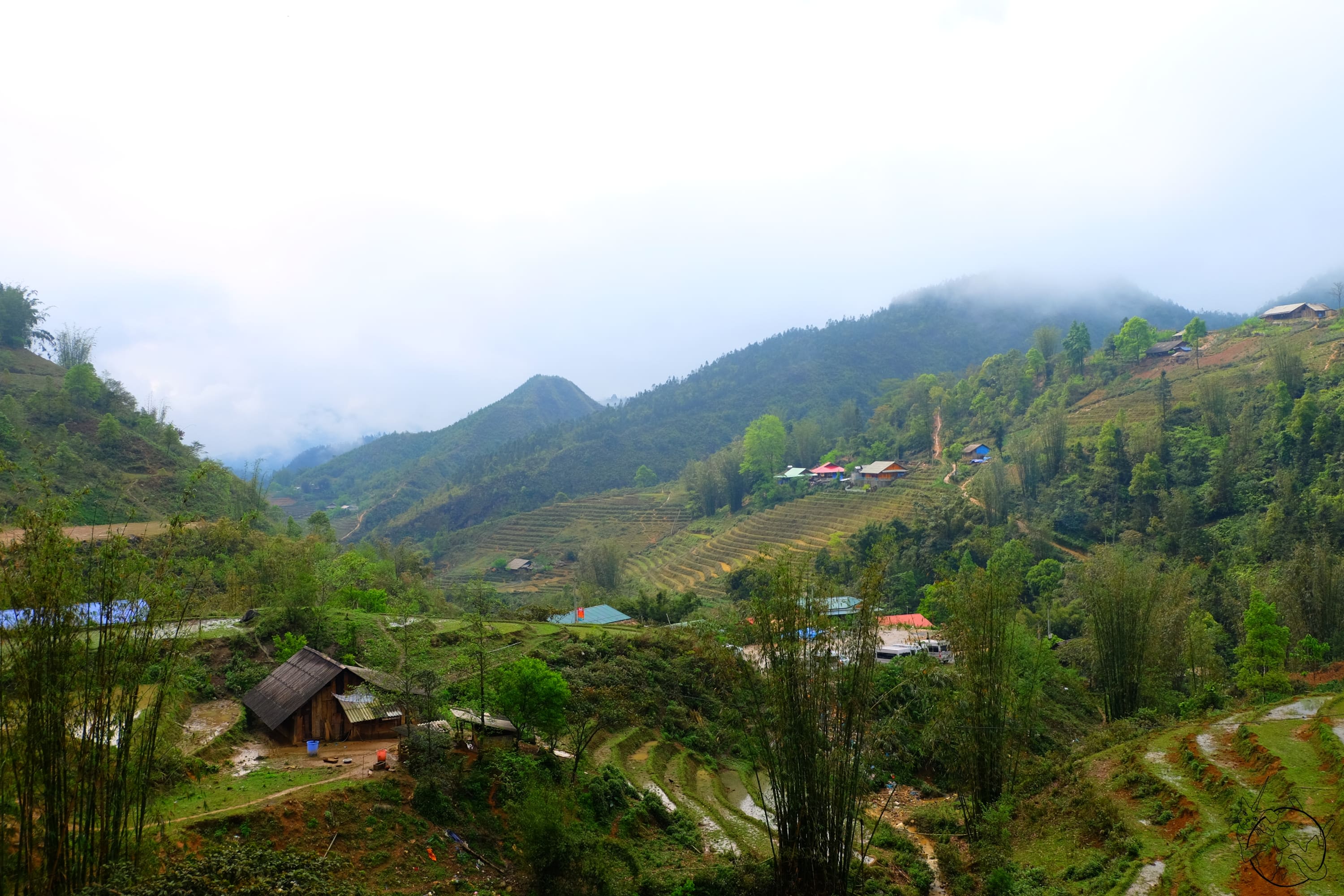 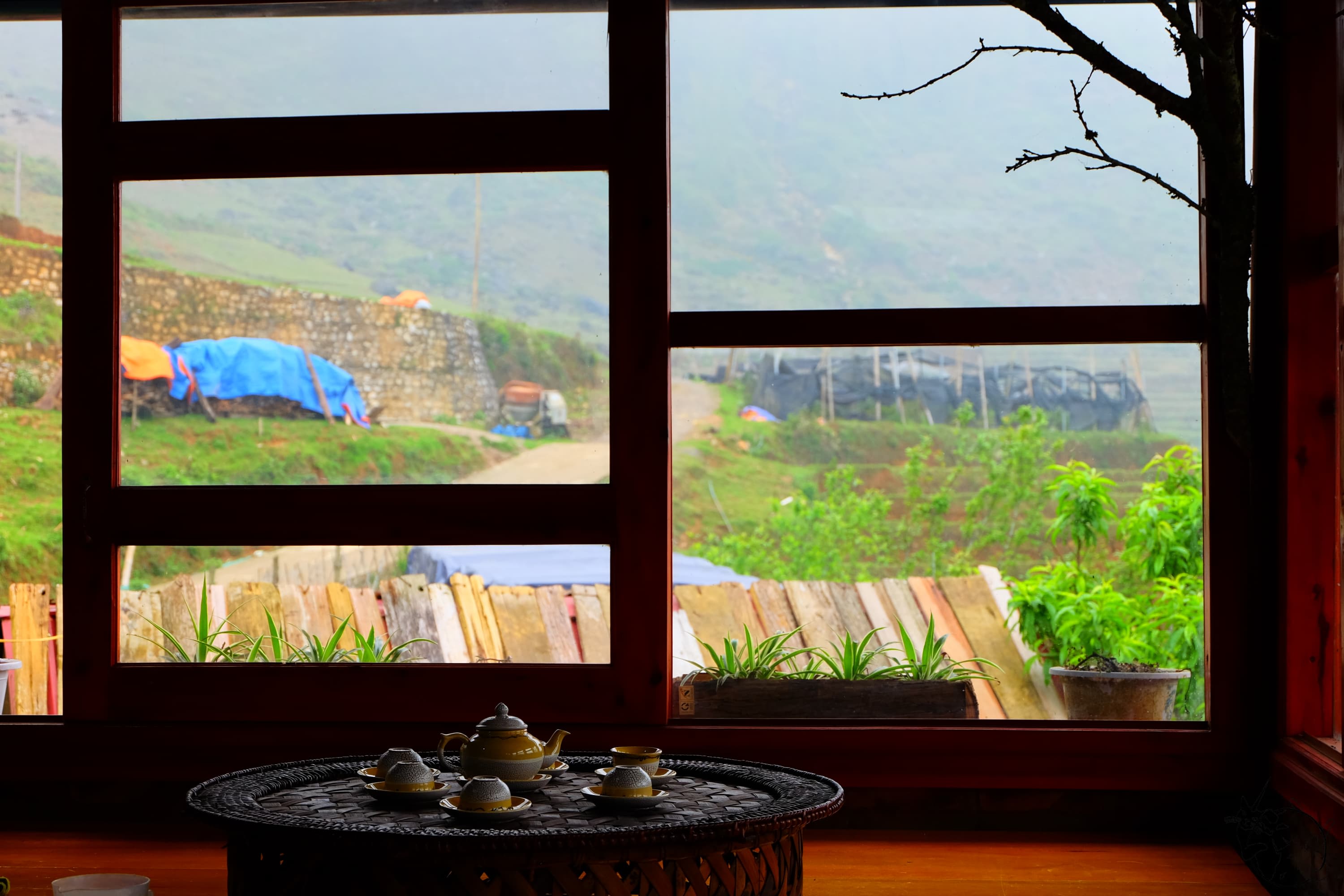 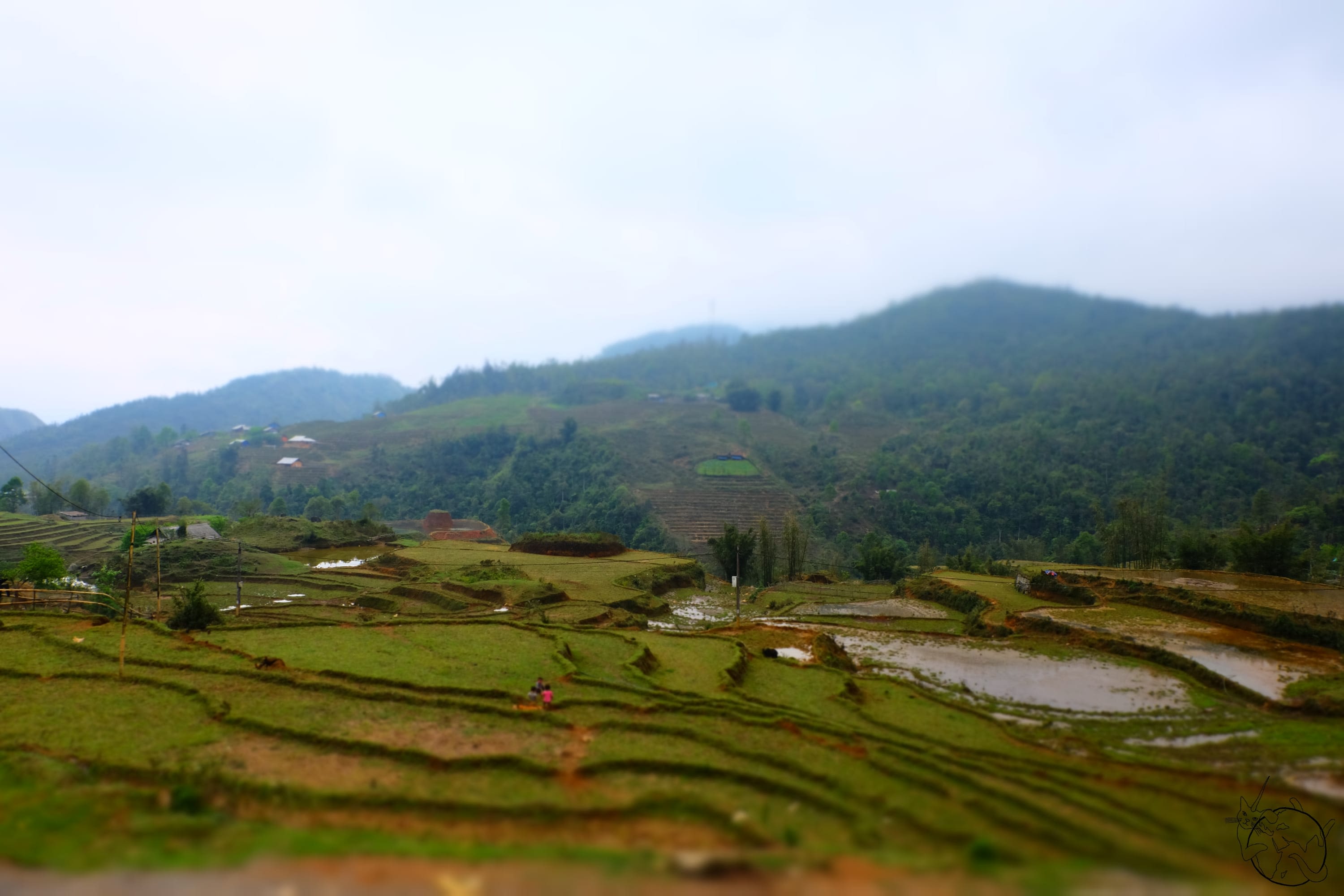 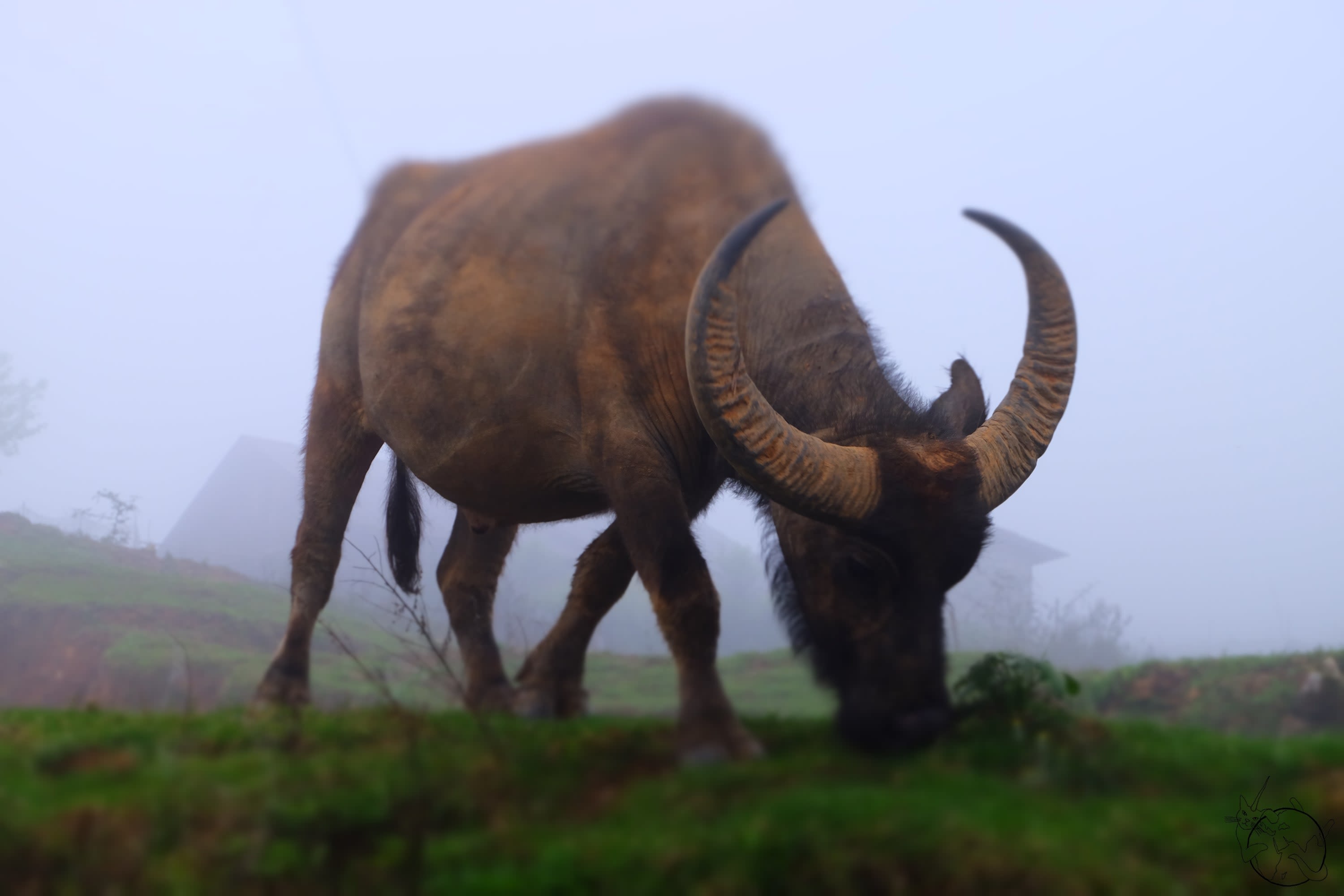 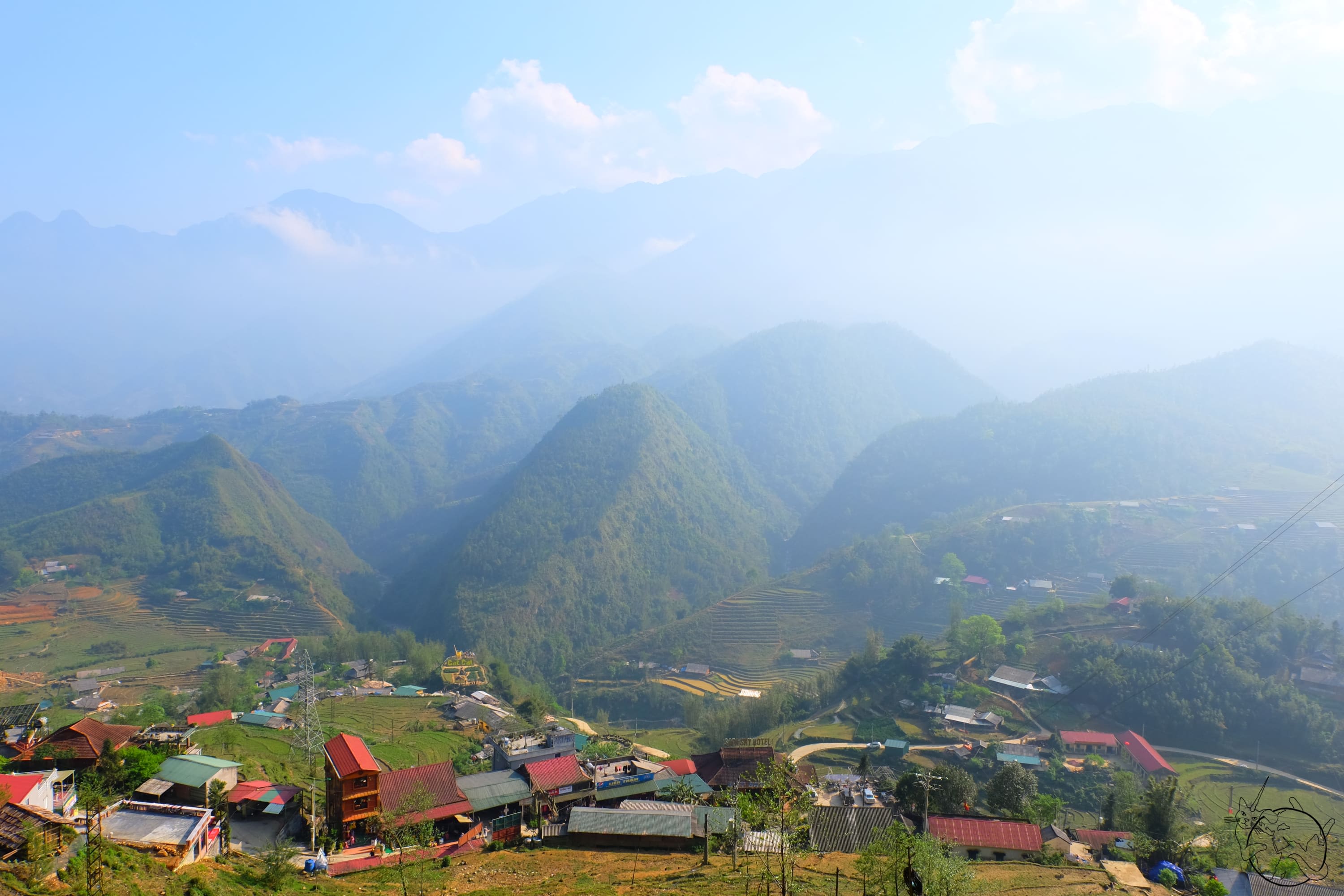 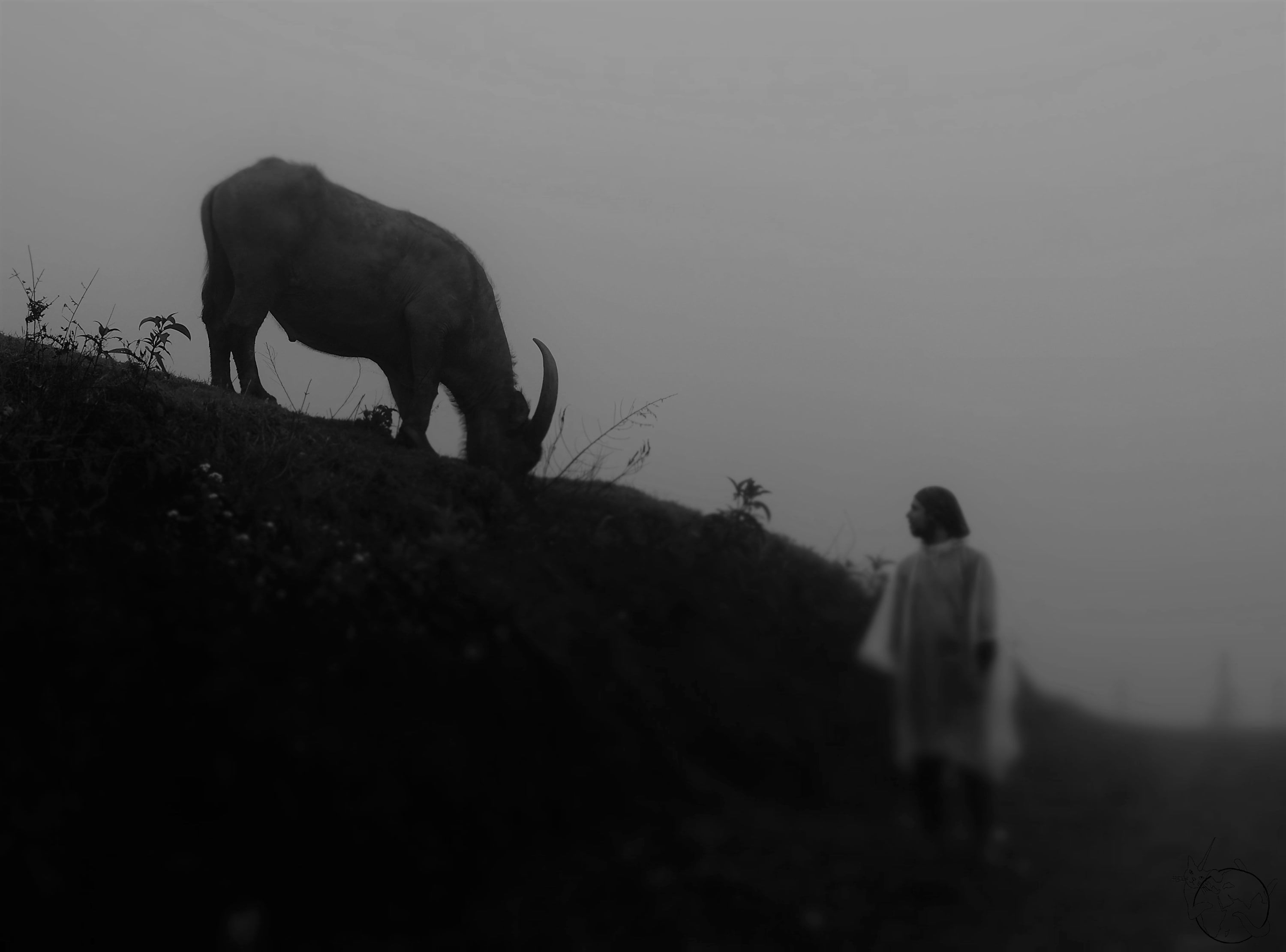 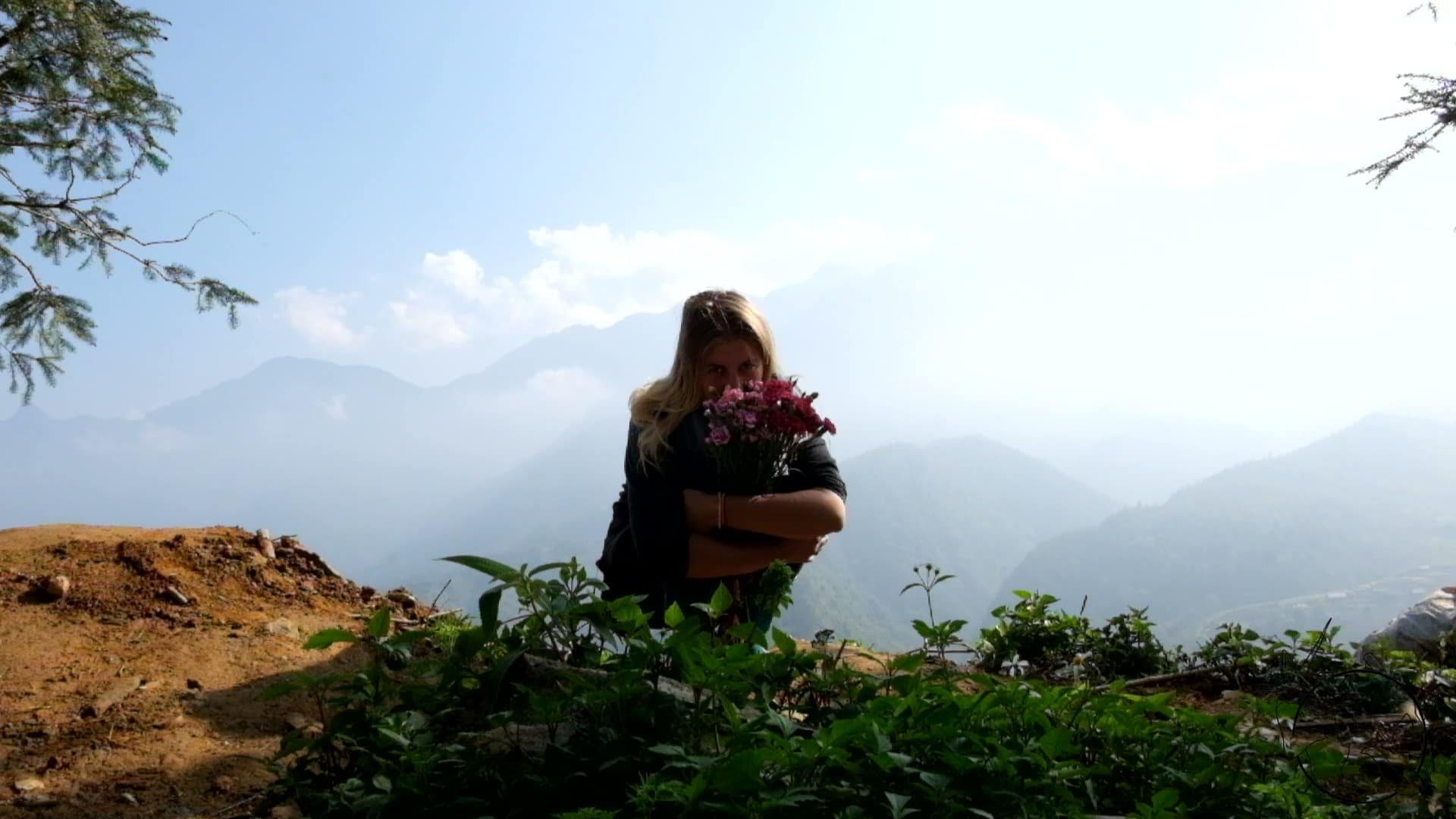 Kitty R. in Sa Pa (shot from the movie)
comments powered by Disqus